St Aidan’s were crowned Cavan U14 champions on Thursday night last on the 3g surface at Breffni Park after an almighty tussle with Bailieborough. In a game that was tight until the last five minutes, it was Bailieborough who started the stronger with a goal in the first minute, and with a breeze at their back, they led at half time by 7 points. During that first half, St Aidan’s were really under pressure, and needed goal from Jake Whyte and a brace of points from Ben McGahan to ensure they weren’t  further behind. Dylan Adams and Darragh Boyle began to get a foothold in the game as half time approached, and Senan Mullen began to orchestrate the attack from centre half forward to keep the Comp in touch.
With the breeze at their backs for the second half, St Aidan’s began well, hitting 2-2 without reply to get their noses in front. To their credit, Bailieborough refused to be beaten, and roared back with two goals from play to put them five in front midway through the half. The game was tight, with Euan Crossan, Eli Argue and Philip Elliot working hard up front, and Niall McCaul and Rian Delaney keeping things tight at the back. It took two moments of magic from James Tully to really separate the teams, when he struck for two goals following long runs from his midfield station. Further scores from Senan Mullen and two more top class points from man of the match James Tully was enough to see them victors on the night. 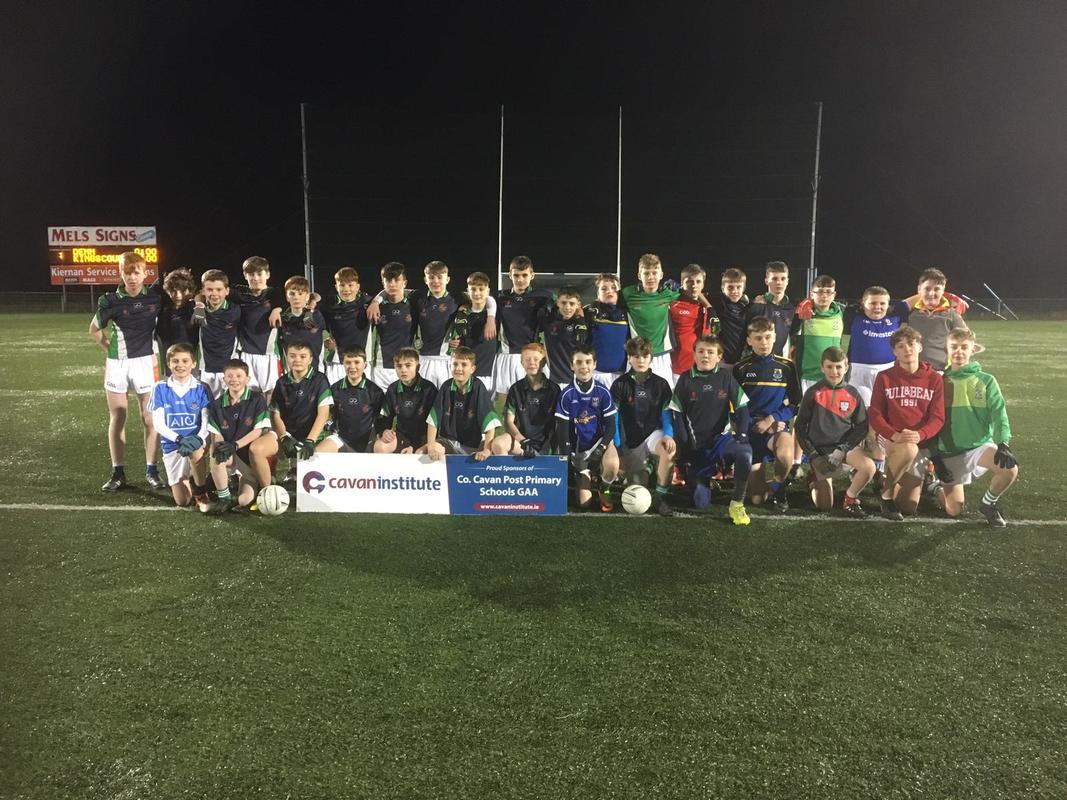 St. Aidan’s Comprehensive U-16 beat Bailieborough with a strong start to the second half that never let up. An early goal from Dean Carroll followed by points from Colin McCauley and Gerry Larmer set the tone that Bailieborough were unable to live with.
After a first half of playing into a strong wind, St. Aidan’s shaded proceedings with tough tackling and a strong running game. They missed several goal chances but also weathered a Bailieborough come back and as a result were only 2 points up thanks to a fortunate goal from Dean Carroll.
The advantage of the breeze in the second half provided the spring board for an aggressive St. Aidan’s to really give their opponents no hope. Further goals from Colin McCauley and Man of the Match Dean Carroll extinguished any hope of a Bailieborough come back. ​ 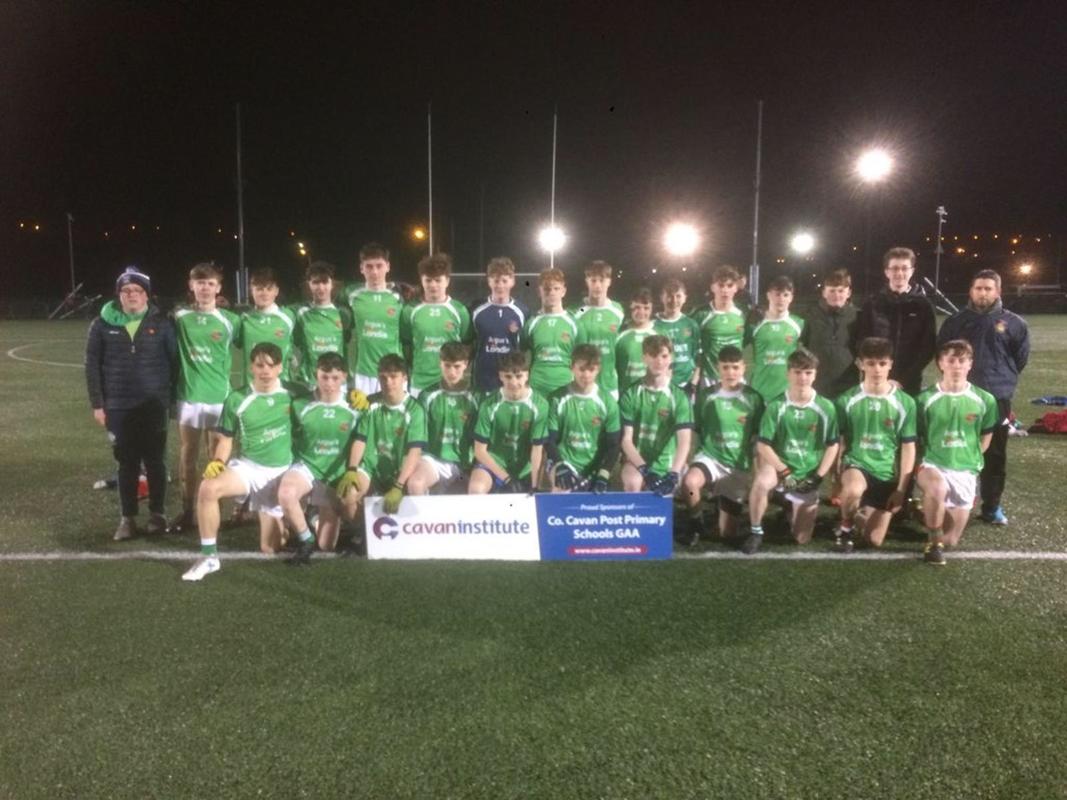 Congratulations to our senior boys football team who capped off a great evening in the 3G pitch in Cavan last Thursday when we were crowned senior champions for the first time since 2011. The senior final was a repeat of last years showdown. Ballyjamesduff were worthy Champions last year but this time round our lads kept composesed right to the finish and scored five goals and five points in the last twenty minutes to make sure there wasn’t a repeat of last year.

It was a cold and wet evening but this didn’t dampen the crowds spirts as all sides of supporters turned out in large numbers. Ballyjamesduff raced into an early lead with both their corner forwards getting on the score board. It took until the 12th minute for St. Aidan’s to register their first score by Cian Smith. It was fairly tight the whole way through the first half but we opened up a three point lead before half time. Again Ballyjamesduff started the second half the brighter team and closed the gap to one point within the first ten minutes. Thankfully that was as close as they came to our boys and we pushed on and scored five goals and five points for the remainder of the game to consolidate our place back at the top of Cavan Vocational Schools for 2018. Their was a lot of brilliant performances on the night by our lads and Cian Smith received the man of match award with a tally of 2-6. Well done to the lads for their big effort this year and over the last five years and thankfully they got their just reward in the end.  ​ 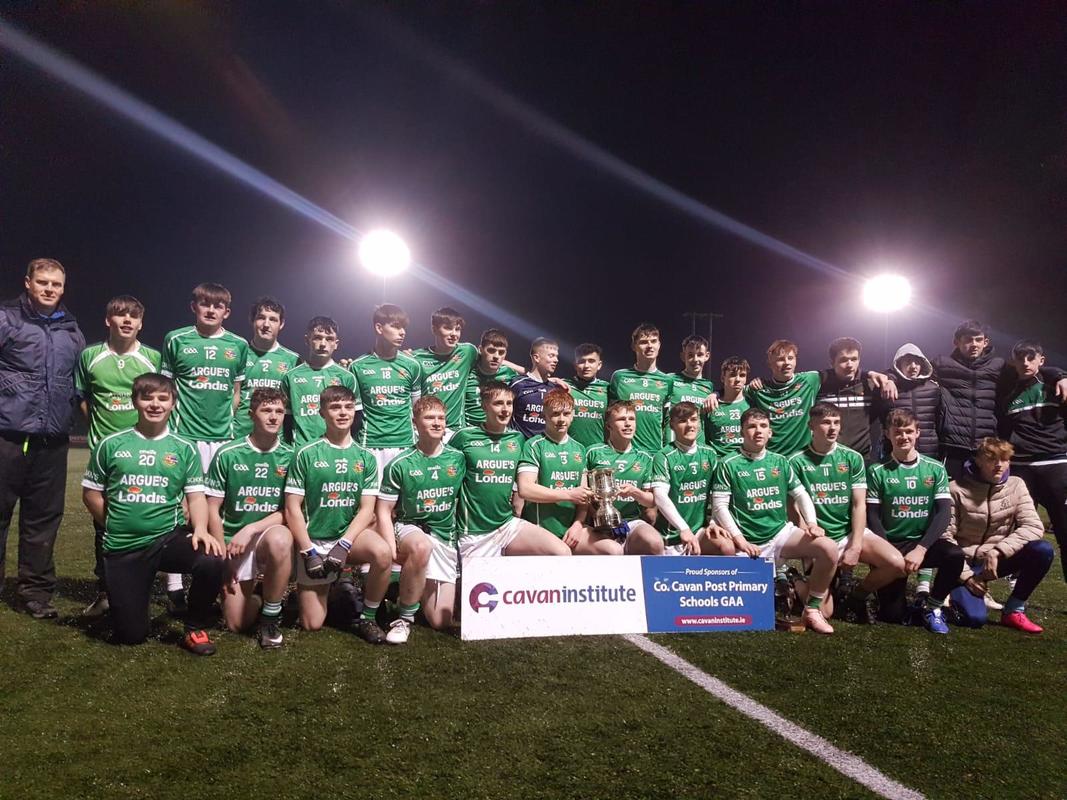