3 nights before the weekend celebrations a team of five men and a digger closed the lid on the time capsules cement sarcophagus- Only 18247 nights left to go until it is reopened!
Instead, we commemorate this moment by unveiling the exquisite white quartzite capstone that will mark the burial site for the next 50 years; a fitting centrepiece to the biodiversity garden
What’s in it? A sealed plastic box, roughly two feet by three feet and two feet deep. It’s filled with literally hundreds of letters from the pupils of today, and addressed to the pupils of tomorrow. They describe their lives now. Their interests.
There are diagrams explaining the fashions of today and how snapchat works. There are family photos and wishes for world peace. Photos of our computers. Photos of smartphones. A copy of the commemorative magazine. School timetables. School notices and two years’ back issues of the school newsletter. Copies of the Anglo Celt. The Independent. Examples of student work.  Photocopies of our euro currency. One pupil wrote a 12 page letter to her grandchildren. Many, optimistically, wrote to themselves. Two students spent every registration class for 3 months last year drawing portraits of their classmates. My colleagues wrote to their counterparts on the staff of 2066. I wrote a letter to whoever opens it. The principal and the minister for Education both have letters sealed inside.
So what is a Time Capsule? Really, it’s a vehicle. That may seem strange, since it’s going no-where. But this vehicle travels not through space, but through time. While that plastic box, encased in concrete, sits completely still and undisturbed, the world above it will change. It’s changed already. Think of how different our world is today to that which saw the first foundations of this school being dug. The Cold War was at its height. Galway were All-Ireland champions, but would not be so again for another 32 years. The EU did not exist.  Martin Luther King Junior was still alive. Nelson Mandela was still in jail. And if you turned on your radio, “Paperback writer”,  “Wild Thing” “You Can’t Hurry Love” were all number ones in 1966. The reigning world soccer champions were England. When you went shopping you did it with punts. IBM had the world’s biggest flashdrive allowing you to store 5MB of data. But it would cost you $10 000 per Megabyte. Nobody had heard of Facebook. RAP was what you did to Christmas presents. ISIS was a character from mythology. There were no footprints on the moon.
All this has passed.
What will this place look like when the Time capsule next sees daylight? No-one could possibly guess. But some things we do know. St Aidan’s will be celebrating its centenary. Perhaps this Time Capsule can form a part of their celebrations. I have suggested to the openers that they distribute our letters among their student body. So that they might each hear our voices from the past.
But what then? They’ll have an empty hole, anyway. If they can read our letters, then they will have proved the theory works. Perhaps they’ll emulate our example. What might they say to the generations that follow them?


(as described by Mr.  Andrew Mayne who drove this initiative from start to finish.) 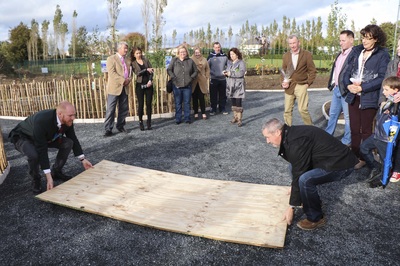 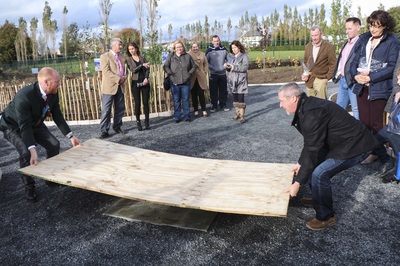 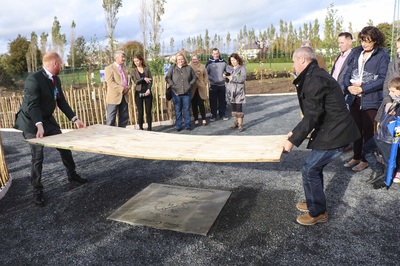 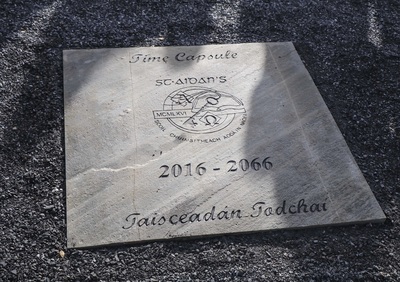 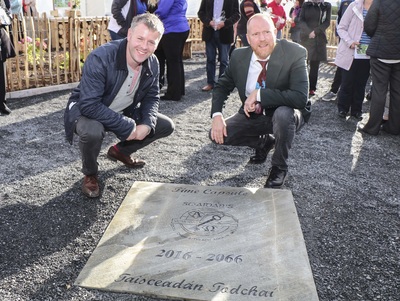 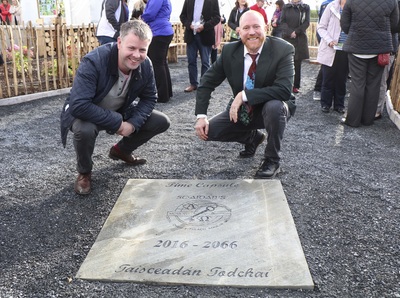