On Monday the 15th of October Cora Staunton came back for the second time as part of the Lidl LGFA Female sports participation programme. All the girls who took part the last day gathered again in the library and we quickly revised on what we talked about from the first day.
We all thought about what the ‘4 values’ which was recognition, respect, responsibility and trust. We already talked about the values and what they meant to us from the first day and we added to this list.
After library we went down to the hall. We were spilt into small groups to play team building games .This helped the football teams to bond together and helped build trust within the teams. After we played competitive games which was fun and made us determined to win. One game I really liked was a game were we had plates numbered 1 to 20 which were placed at the other side of the hall. Two teams went head to head in a race to get all the numbers, one at a time and in order. We found out that a lot of us were very competitive which was good because it showed that we all wanted to win.
Then when we finished in the hall we went back to the library to recap about the programme. We talked about skills we learnt such as communication, treating people equally, organisational, listening, team working, respect and becoming more aware of situations.
At three o’ clock we all headed out for an hour training session with Cora. She helped us develop our skills and tactics for games. We worked on our passing and shooting skills and she gave us her top tips for football and our wellbeing.
I really enjoyed being a part of this programme because it helped me to develop my team bonding skills and helped our football team to bond together which will hopefully help us to win our football matches. 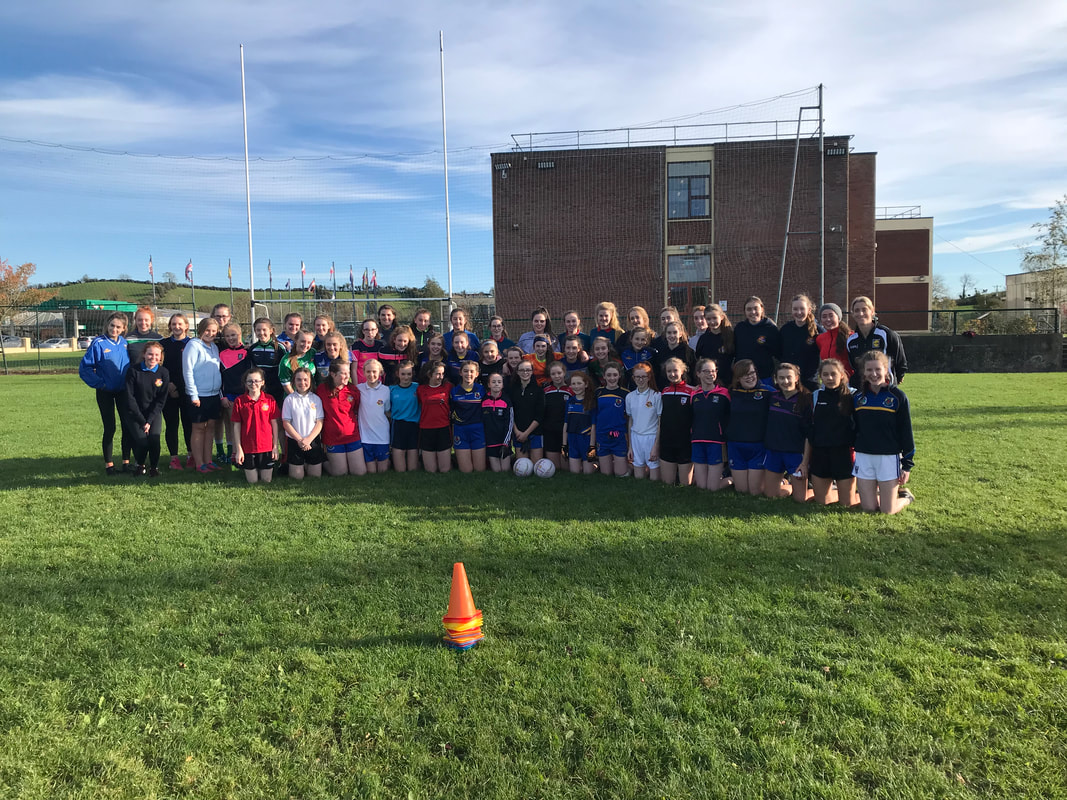