Congratulations to all our award winners this year. The ceremony was performed over Teams. The following awards were given out on the day:.

This award is given in recognition of their outstanding achievements, commitment and dedication to promoting all aspects of sports at St Aidan’s.   This prestigious award is sponsored by Mr. Paddy Ward – former teacher in St Aidan’ in memory of his late brother Francis.


Bank of Ireland Student of the Year Award

This award is given to the Student who is considered to be the person who has epitomized all that is positive in the Year Group in a holistic manner.  It is a highly prestigious award as nominees are selected by the year Group who make their judgement on criteria such as co-operation, class spirit and involvement in all areas of school life.  Students are nominated from the year group and from these one winner emerges from a voting panel of students and teachers.  The four nominees are asked to come on stage and to remain on stage until the winner is announced.

Brian ó Mórdha Award-St Aidan’s Comprehensive school opened in 1966 and Brian Ó Mórdha was its first principal.  He guided the school through its formative years, from 1966 to 1983 (17 years).  With vision and dedication Brian’s leadership ensured that Saint Aidan’s was and remains to this day a centre of excellence and a vital educational resource for the people of Cootehill.

In matters educational, Brian was ahead of his time.  He had a strong belief in an education system that was progressive and inclusive; people of all beliefs and backgrounds were made to feel welcome in Saint Aidan’s.
Brian had a particular love of all things Irish, in particular it’s language, history and traditions.  He was keen to pass this heritage onto all and there are many past pupils who have remarked on his influence in the development of their love of the language and culture.  He believed firmly, that Irish should not be confined to the classroom; it should be a living language.

The Brian O Mórdha Award will be an annual award and will be given to a sixth year student who has, over their 5/6 years in Saint Aidan’s embraced and participated in the traditions, culture and language of Ireland through academic excellence, hard work, enthusiasm, social and organizational skills and participation in cultural activities.


The following student is awarded this prestigious for --- contribution to the language during Seachtain na Gaeilge, -- attendance at Gaeltacht courses, -- enthusiasm and hard work at the language and-- participation in all cultural activities.

And the winner was James Ellis

Academic Student of the year award sponsored by the Parents Association

This award is granted to the student who has achieved the highest points in six pre - Leaving Certificate timetabled subjects . This prestigious award acknowledges the top academic students in the Leaving Certificate Year.
Presented by Mr Cathal Markey from the Parents Association

Winner of the Parents Association Award  2021 is Clodagh McBreen 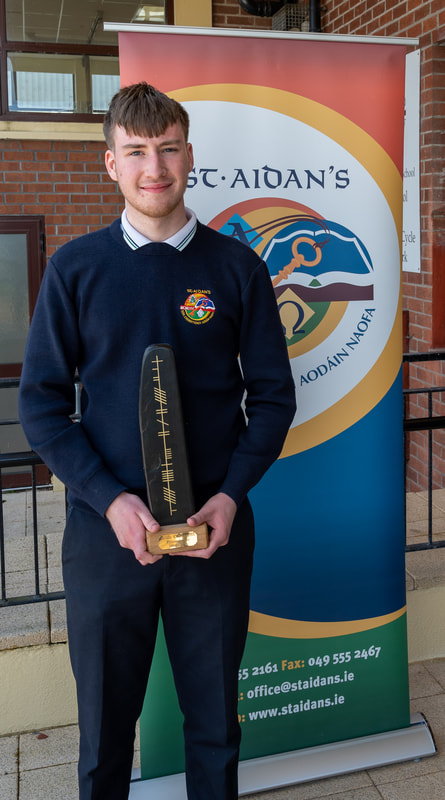 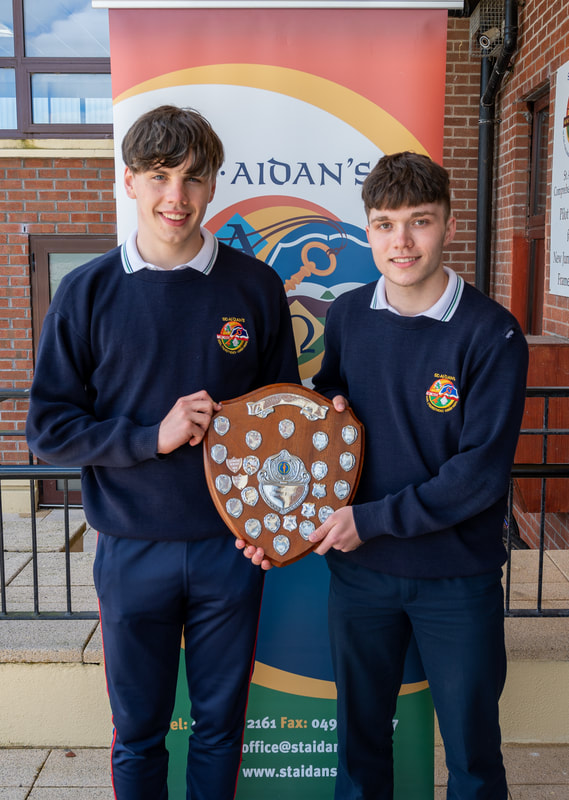 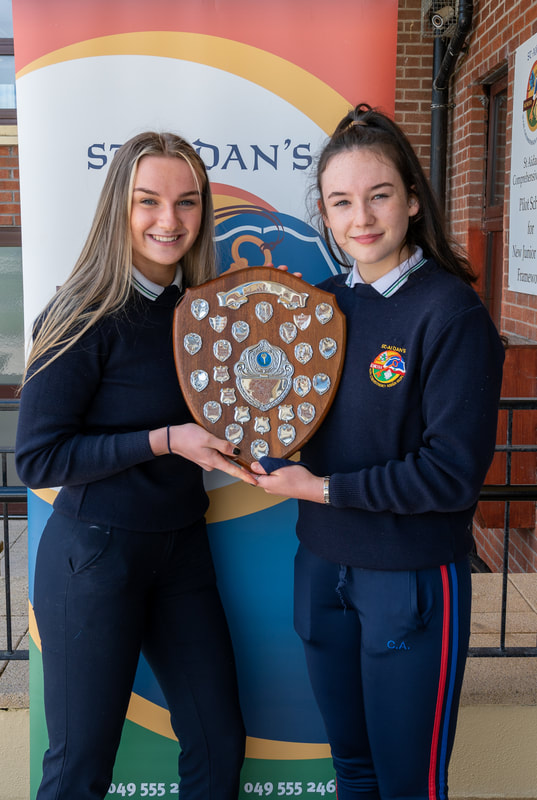 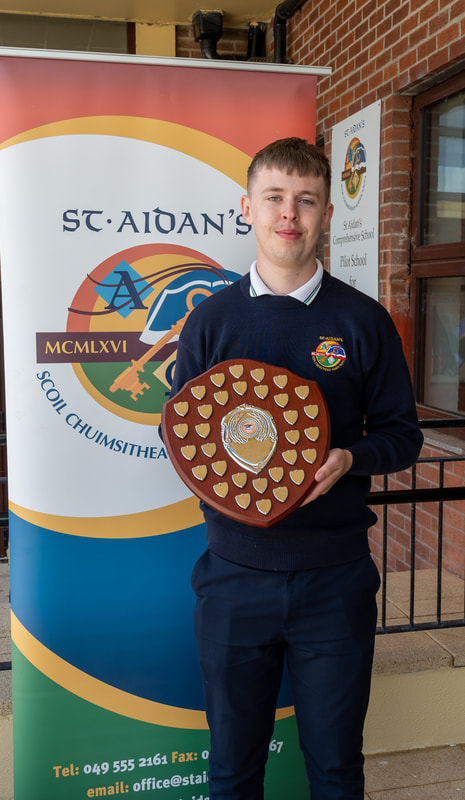 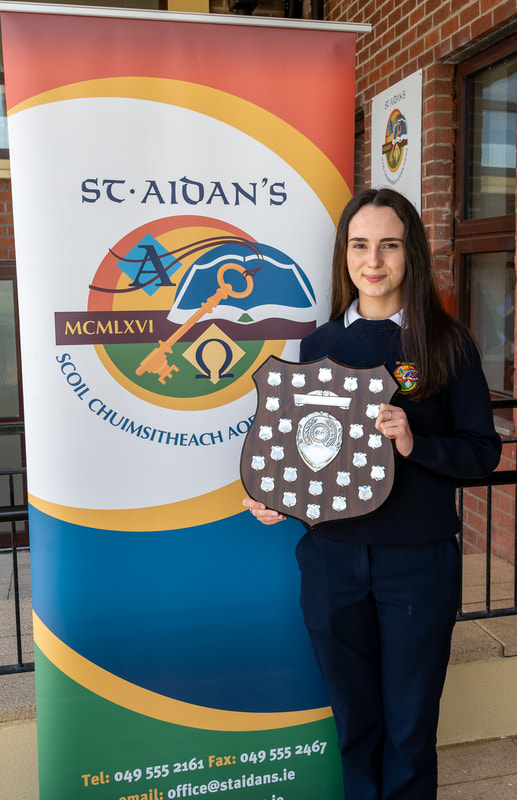 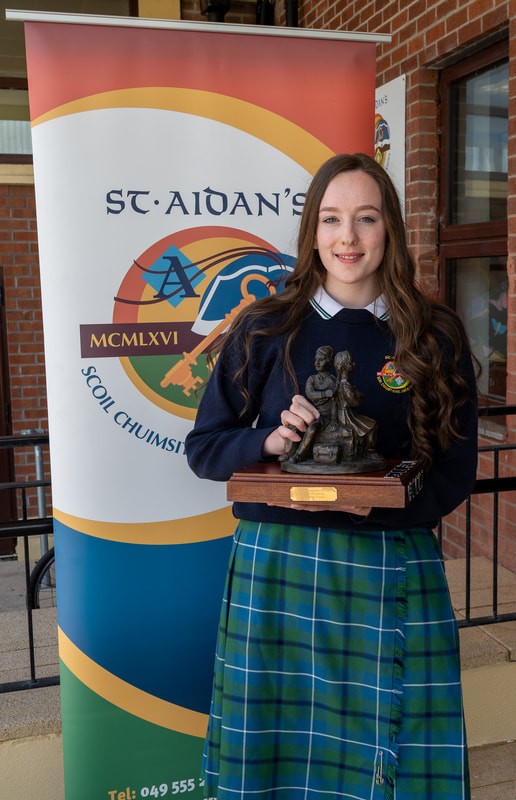 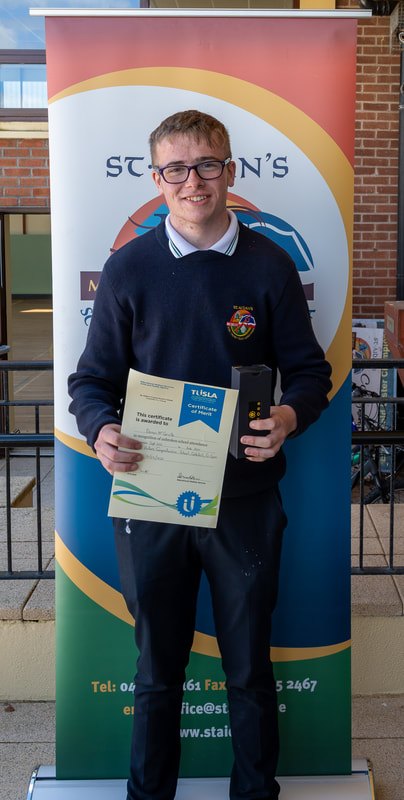 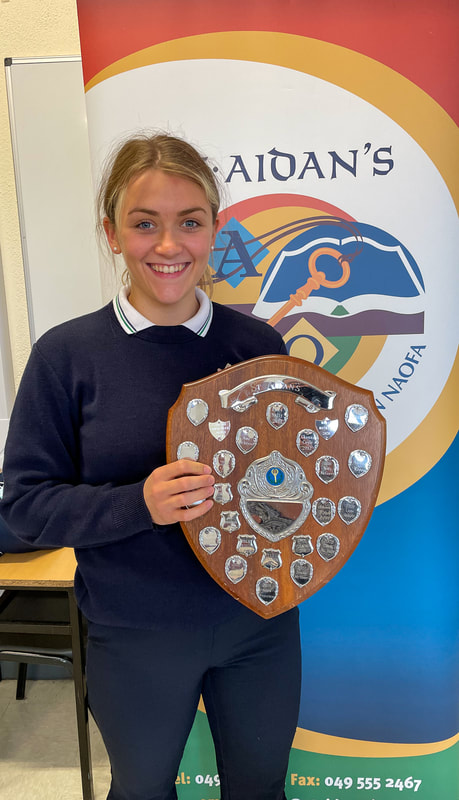