​On 23 January 2020 the Joint Secretariat hosted its sixth cross border Road Safety schools outreach event. Five schools from the Armagh area and four schools from the Monaghan/Cavan area were represented by 47 students. The event was run in co-operation with the local PSNI, Monaghan-based Gardaí Síochána and members of NI Fire and Rescue Service. The Assistant Commissioner David Sheahan attended along with Superintendent Longeran. The PSNI were represented by Superintendent Wendy Middleton.


One of the objectives for holding this seminar is to develop student’s knowledge of the work of the NSMC, so the seminar began with a presentation on the NSMC by the Joint Secretaries and ended with students participating in a mock NSMC Plenary meeting in the roles of Ministers of the Irish Government and the Northern Ireland Executive. Students discussed road safety issues in general and reported back on topics discussed at the breakout sessions.


The event also provides a useful opportunity for An Garda Síochána to liaise with their colleagues in the PSNI and feedback has been positive. Monaghan Roads Policing Unit welcomed again the opportunity to work with their PSNI colleagues and valued the cross-border and cross-community aspect of the event. Following last year’s event the PSNI also travelled to Monaghan to see An Garda Síochána host a similar event in the Garage Theatre in Monaghan. It is hoped this will happen again this year with Monaghan Roads Policing Unit also intending to invite some schools from NI to attend.


Breakout sessions, facilitated by the PSNI, An Garda Síochána and NI Fire and Rescue Service, provided students with an opportunity to discuss what they had seen and heard in the presentation. The breakout groups also discussed what can be done to reduce the causes of road traffic accidents and how road users can be educated in the promotion of road safety. Students’ ideas on how technology could be used were interesting and well thought through. Student delegates were keen to see more cooperation between polices forces on road safety in a format similar to this event.


The schools also welcomed the event and the opportunity for students from north and south to work together on a topic of mutual concern.


Some points presented at the mock Plenary


· Funding for road improvements, especially rural roads
· KM’s and Miles per hour should be available on signs north and south around the border area
· Reduce the upper speed limits
· Joint checkpoints with Garda Síochána and PSNI and more presence of road policing.
· Garda and PSNI should be allowed to cross the border.
· Replace penalty points with a mandatory road safety course
· Increase the age to drive
· Creation of an app to prevent speeding
· Mandatory driving lessons should be performed in all weather conditions and also at night and also taught how to drive at maximum speed, especially relevant in NI.
· Mandatory attendance at a seminar, similar to this event, for all prior to obtaining provisional licence/learners permit. The talk should target pedestrians, passengers as well as drivers and be aimed at a at a younger age group
· Have a young guest speaker, who has life changing injuries, speak at road safety events
· Joint presentations, similar to this, to be brought into schools
· Campaign to promote wearing of seatbelts on buses to start from preschool age.
· The same graphic advertisements, north and south on TV and social media (that cannot be skipped).
· Pedestrians should be educated on the danger of using mobile phones, wearing earphones and the importance of wearing high visibility clothing while walking.
· Student presence, promoting road safety, around school entrances to encourage road safety for pedestrians and drivers 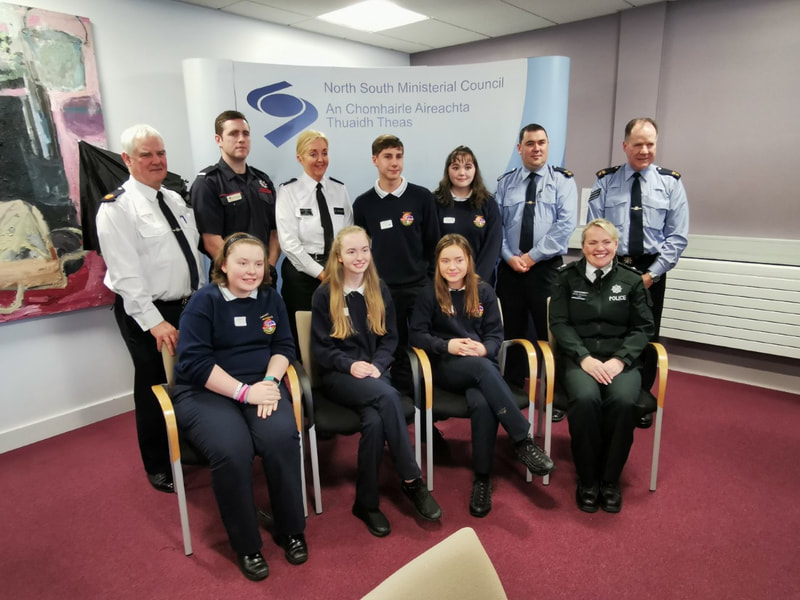 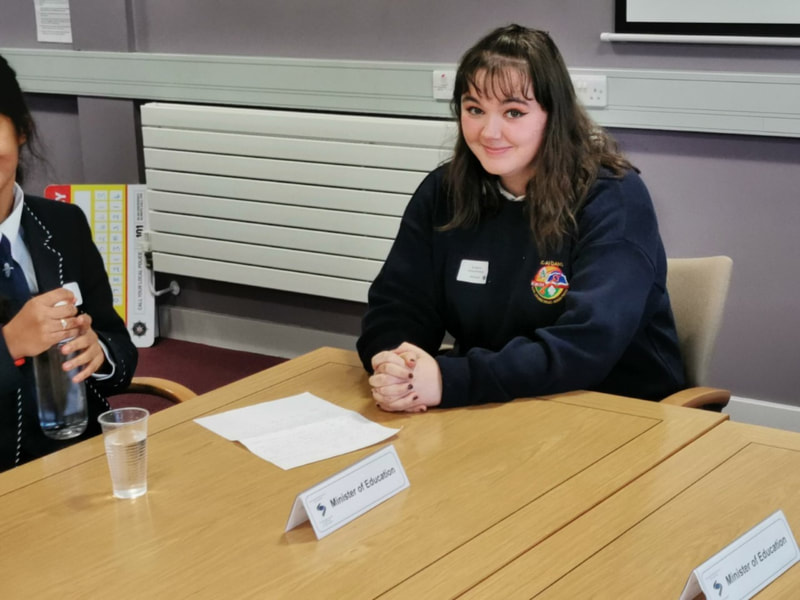 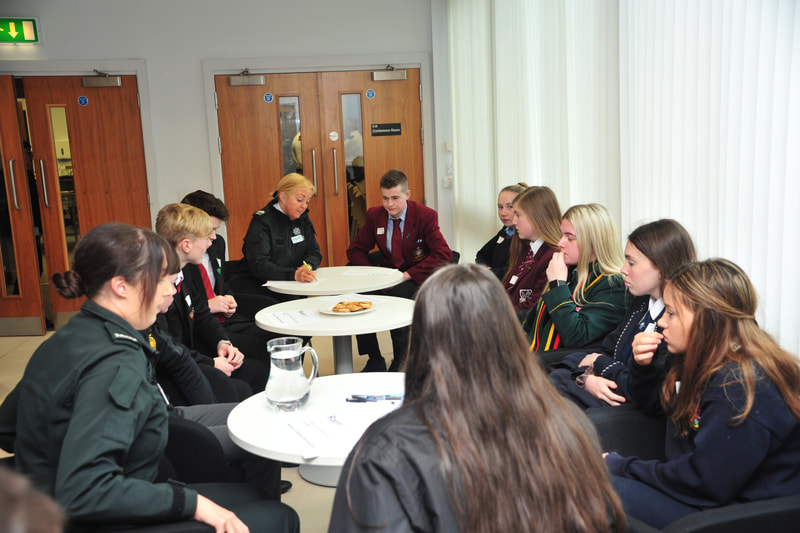 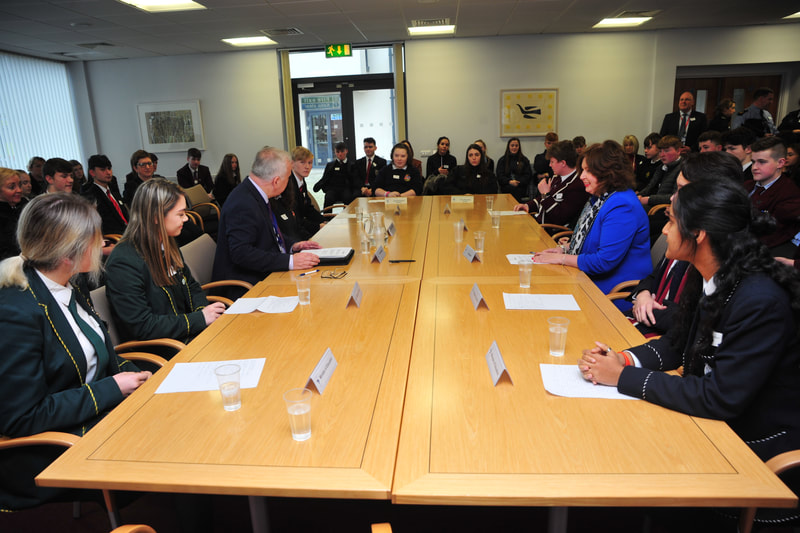 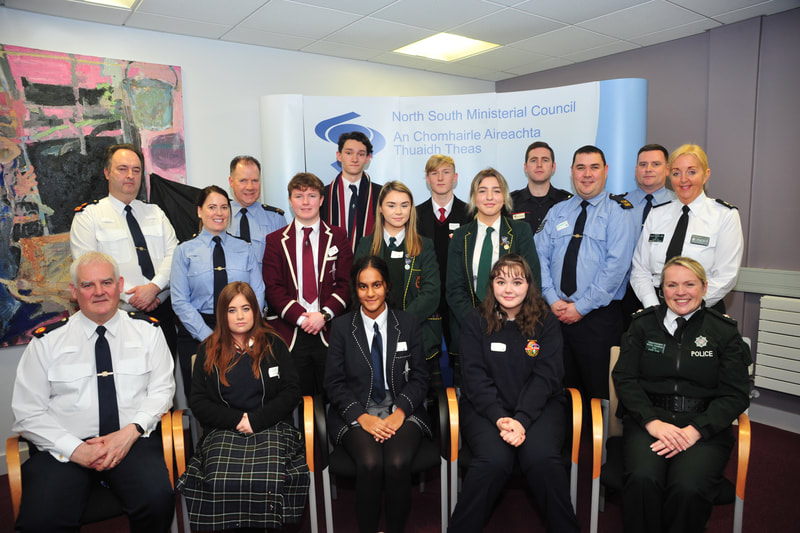 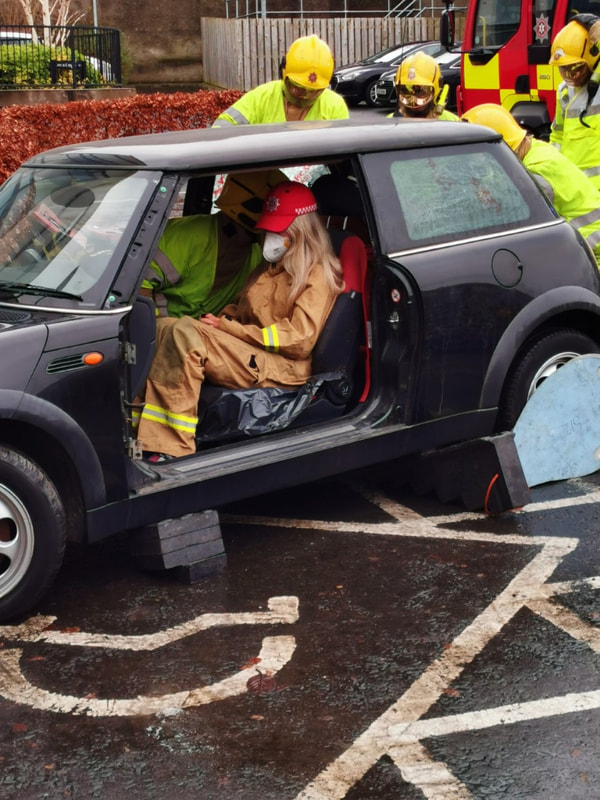 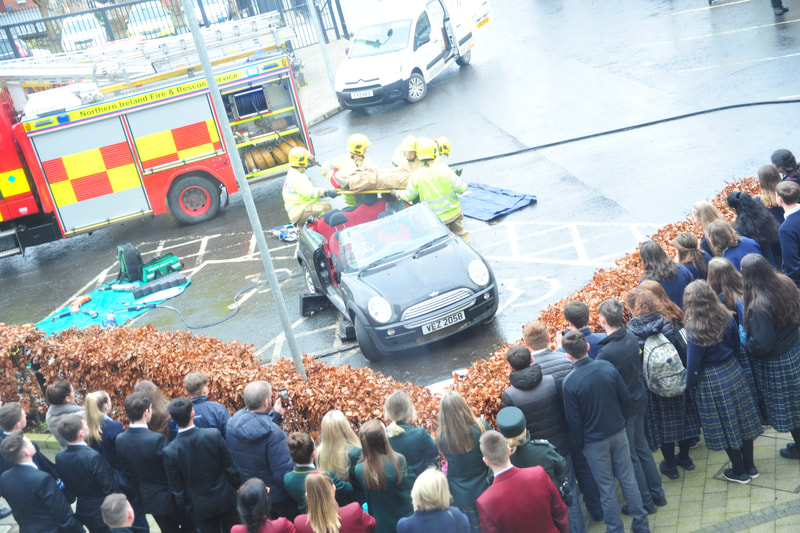 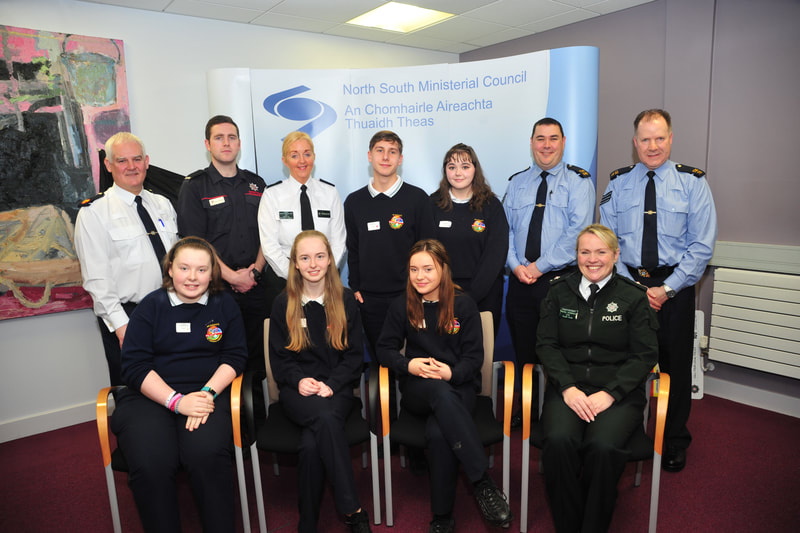