On the 12th of February the transition years went on a three-day trip abroad to Amsterdam accompanied by Mr. Sharpe, Mr. Greenan, Ms. Brady and Ms. English.  It was an early start that morning as the bus was leaving the school at 2 am though nobody really seemed overly tired – we were all very excited and the bus was full of chatter the whole way to the airport.

Once at the airport we got our tickets and were separated into four groups which we would stay in for roll call throughout the trip. Our flight was at 6.15 that morning which left us with a little under two hours to quickly get something to eat as we wouldn’t be eating again until later in the day. After getting something to eat, we all had a quick look around the shops in the terminal before we had to board the plane. Quickly, we all found our seats and waited excitedly for the plane to take off – for some of the group it was their first time flying. The flight was about an hour and a half long and in that time we all caught up on lost sleep.

We landed in Schiphol Airport and got a quick group photo after getting our suitcases, we then waited by the entrance for our tour guide and coach. It wasn’t long before they arrived, and we all boarded the bus where our tour guide introduced himself and told us the layout of our day. We drove for about an hour to the Anne Frank house where we were split into two groups to view the house. A guide took us into a room an explained the history of Germany before the war and what life was like for the Frank family. He also told us that the room we were in was the only place you could see the annex in which the family had hidden in. We were then given little audio boxes to listen to as we walked through the annex which hadn’t been touched since the families had been found there . It was a tour I’ll never forget.

Afterwards we made our way back to the bus and headed off to AJAX Stadium. The stadium was huge and grander than I thought it would be. Throughout the tour we learned about the history of the stadium, it’s players and got to see the pitch up close, the impressive changing room and Gallery of Fame where all the trophies are kept. After the tour we got a few minutes to browse the gift shop before we were back on the bus.

At long last we arrived at the hotel. We all got settled into our rooms ( and had a good look around everyone else’s) before heading off for our dinner in a restaurant only a few minutes walk down the street. By the time we arrived back to the hotel, it’s safe to say we were all very ready for bed!
The next morning we were up early (against our wishes) and quickly had our breakfast before getting on the bus to go on a  tour of the Rijks museum. It was a magnificent building and I only wished we had gotten more time to look at the artwork. Straight after we went on a canal cruise around the city before heading to the Hard Rock Café for lunch. It was then time for the water park which was filled with many slides and kept us all entertained. All famished after our afternoon of swimming, we went to McDonald’s before going back to the hotel.
Day three rolled around and it was the day we had all been waiting for – the theme park. It was amazing and gave off serious fantasy vibes with castles and Disney like rides however the roller coasters were the main event and the majority of us spent our day on them – taking the odd boat ride or less extreme attraction in between to give ourselves a break from the adrenaline rush. When our time at Efteling came to an end we were disappointed though soon remembered where we were eating that night – a Chinese buffet. You’d swear we all had never been fed before once we got off the bus and we all thoroughly enjoying our food despite not really knowing what we were eating as it was all in Dutch.
To finish off our day, we all had a singalong on the way back to the hotel and were all glad to get to bed that night!
Our final day came all too quickly and the busy few days definitely hit us that morning. We all groggily got up for breakfast and packed our stuff before getting onto the bus for the last time to head to see authentic windmills at De Spaanse Schans. We were given a guided tour of the little village and got to have a quick look around the gift shop if we wanted (in the meantime Mr Greenan was trying to convince some of the girls that ducks in Holland don’t quack) before we were off again for a quick tour of a cheese factory and of the surrounding polder.
The day flew and it was soon time to get the plane back home. We were all exhausted though disappointed at how fast our trip had come to an end. It was an amazing three days which was thoroughly enjoyed by all of us TYs and something we won’t soon forget. 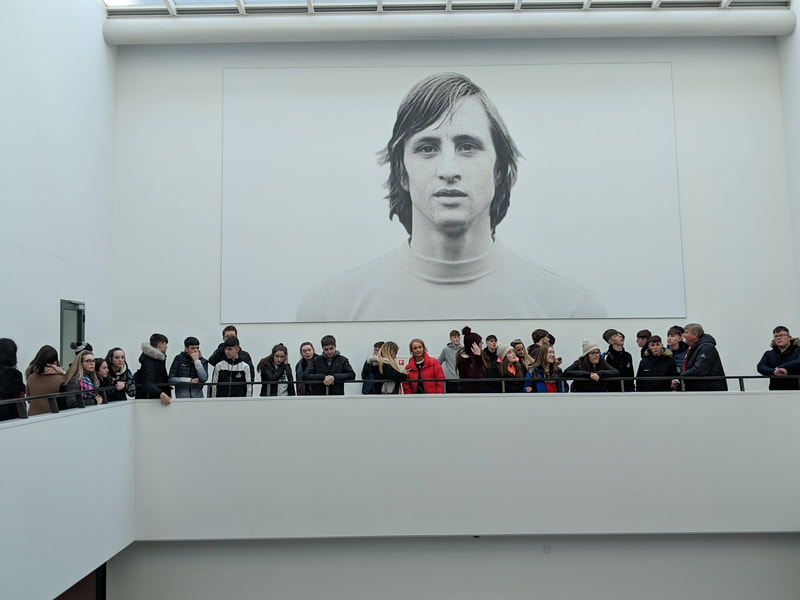 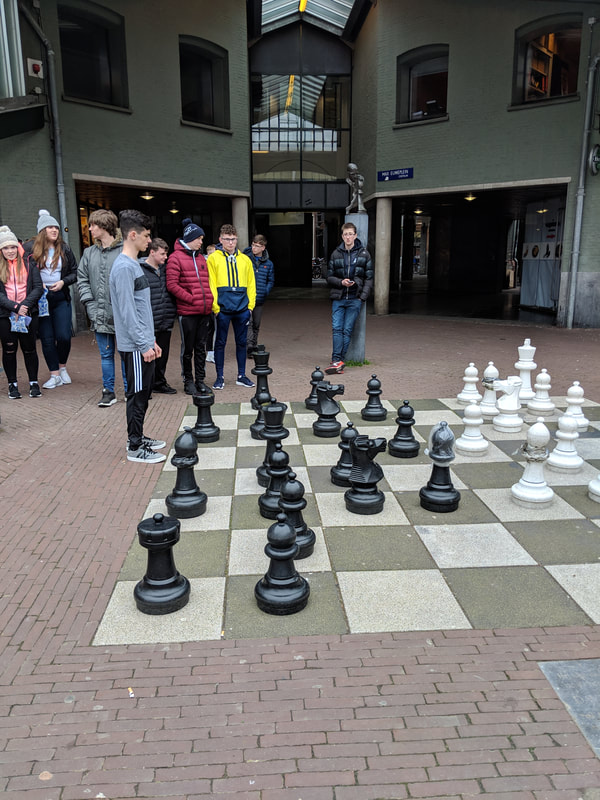 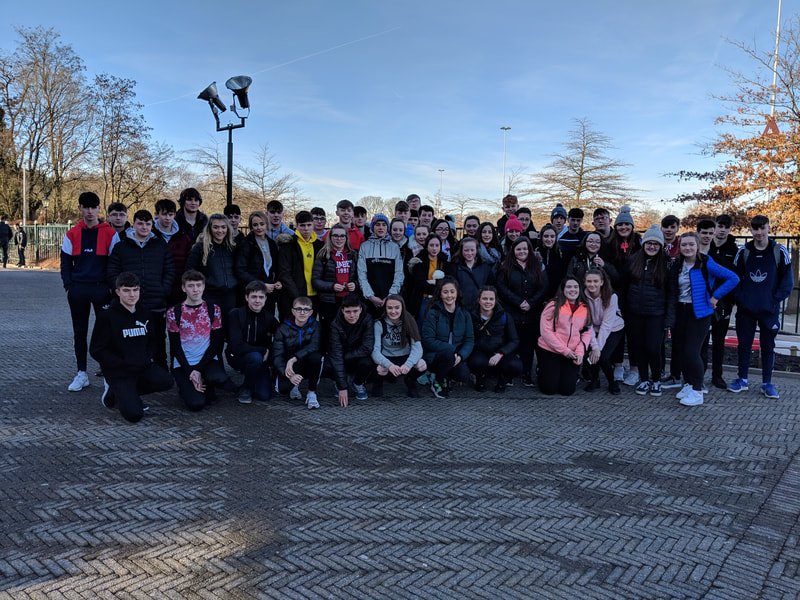 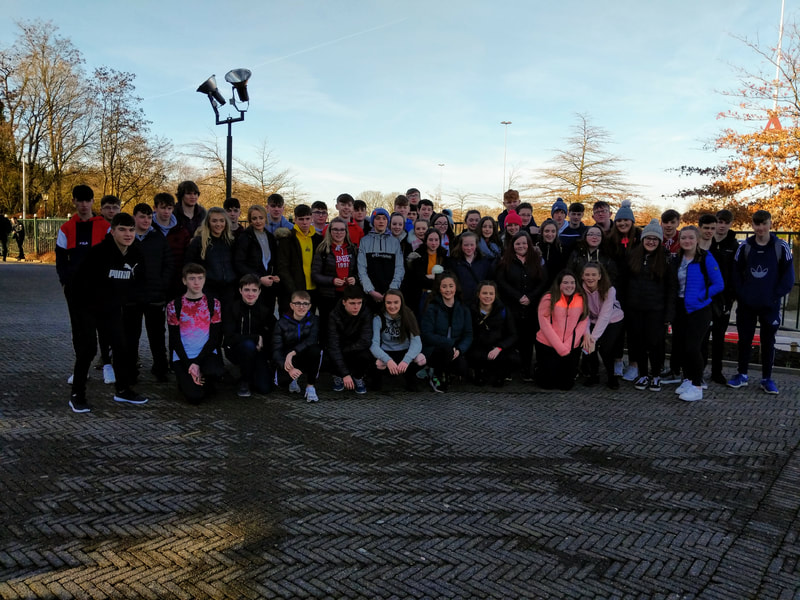 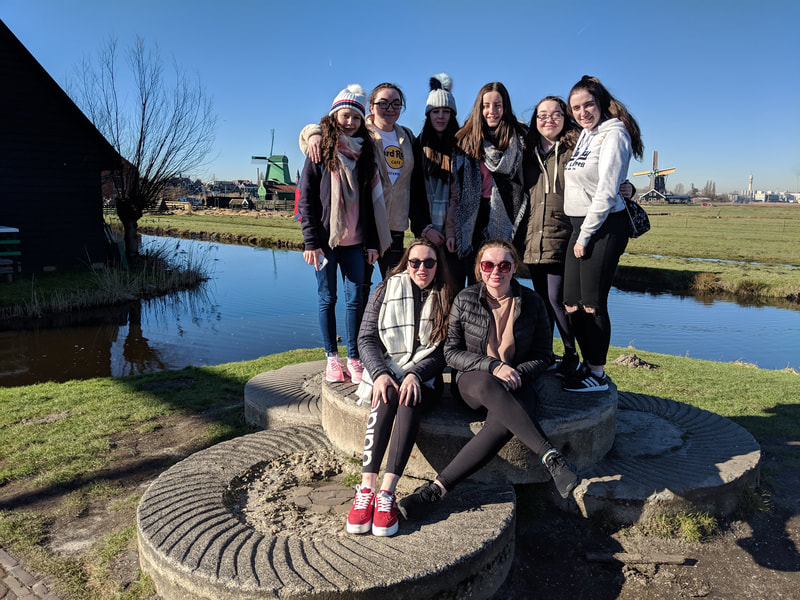 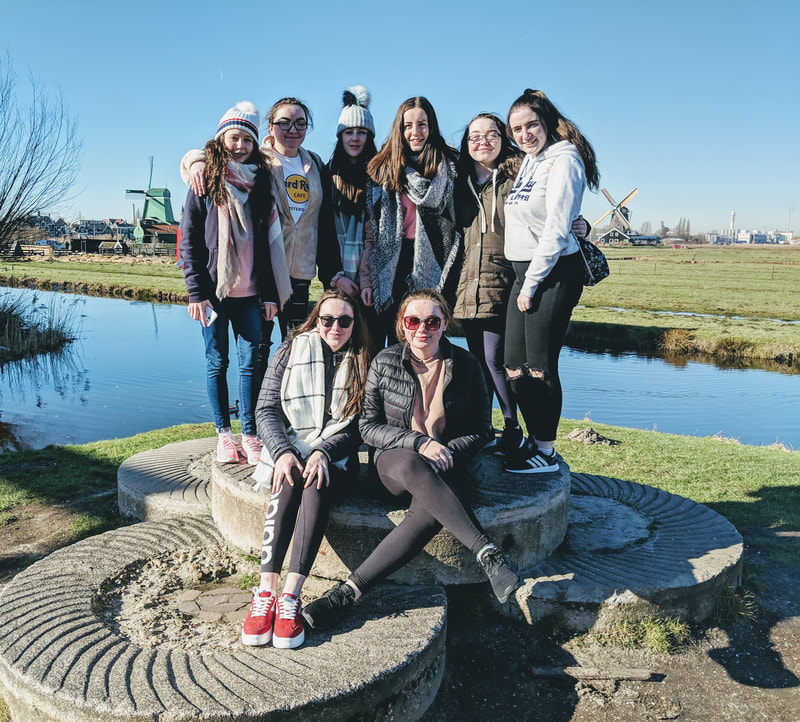 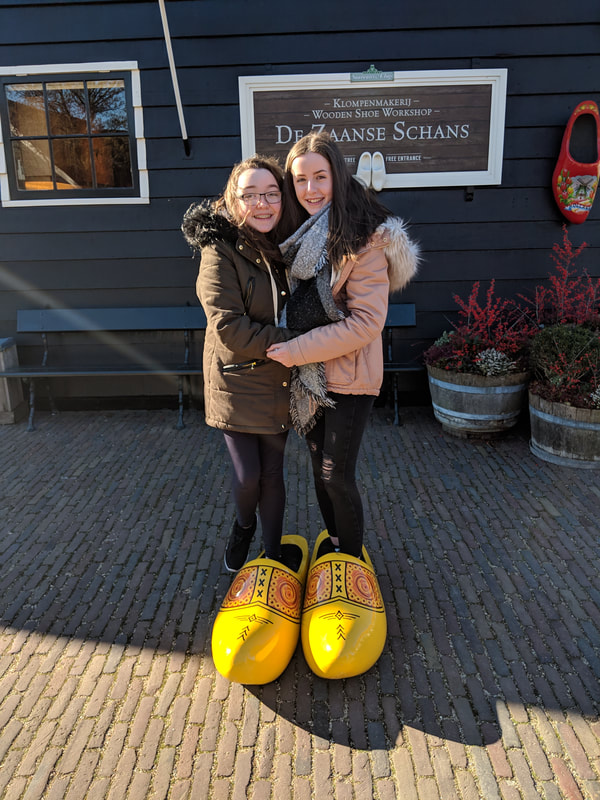 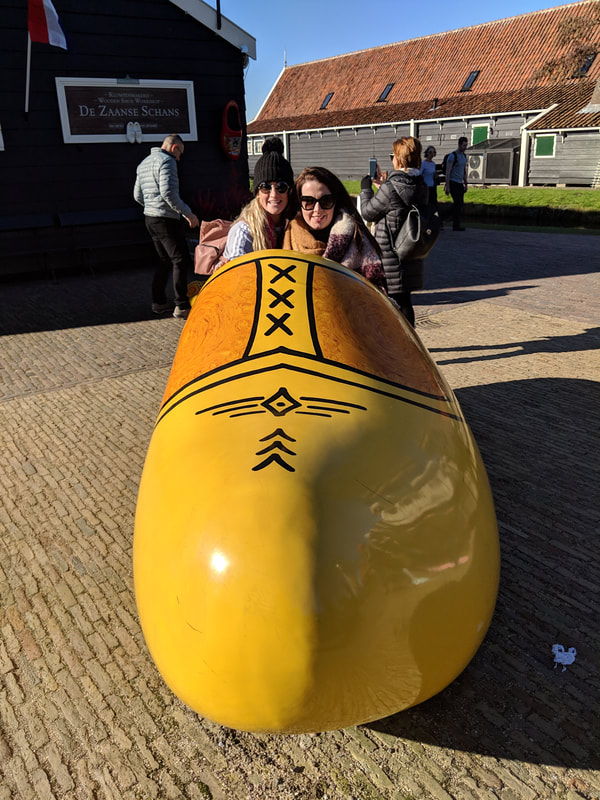 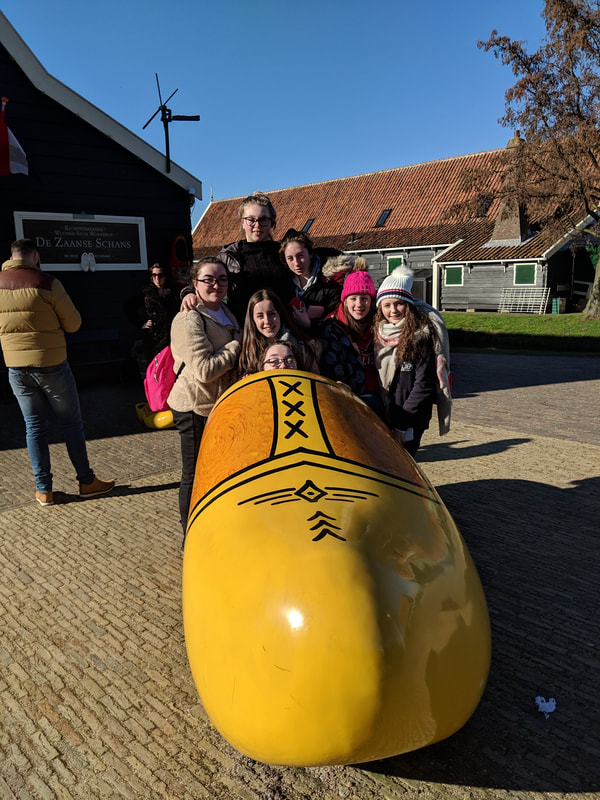 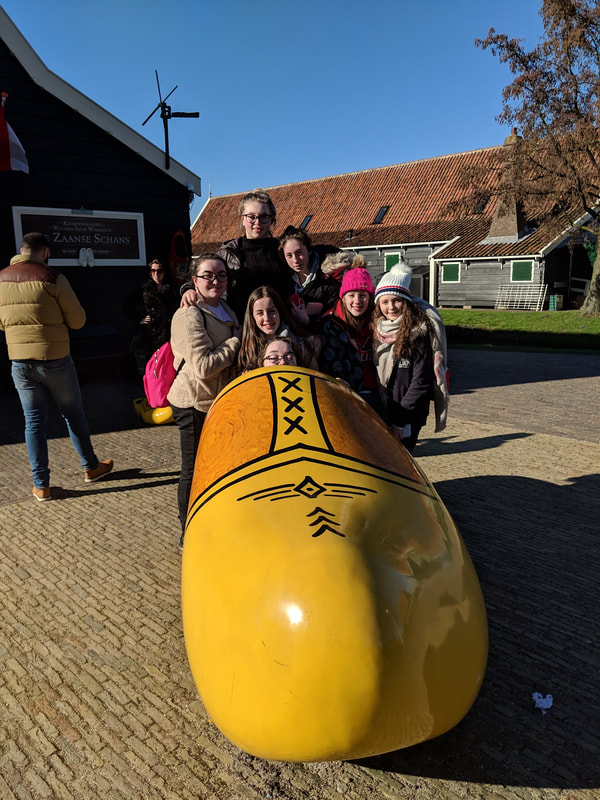 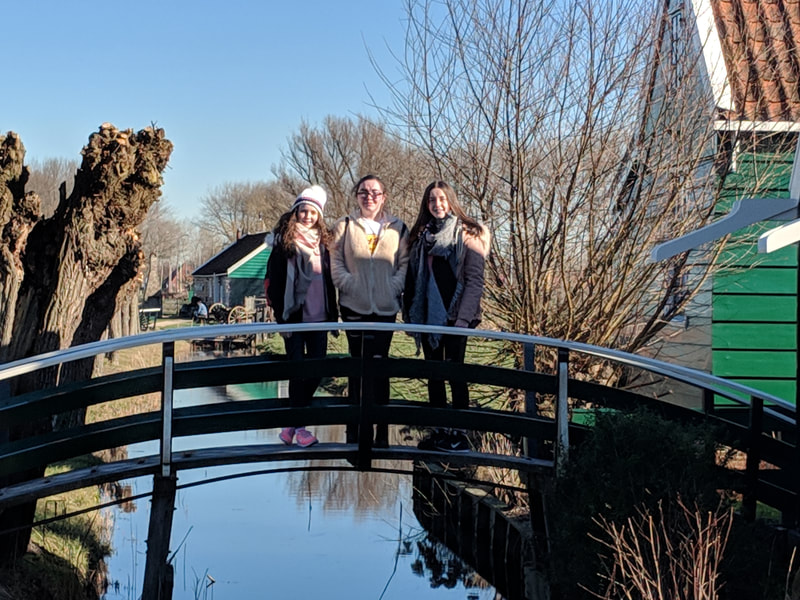 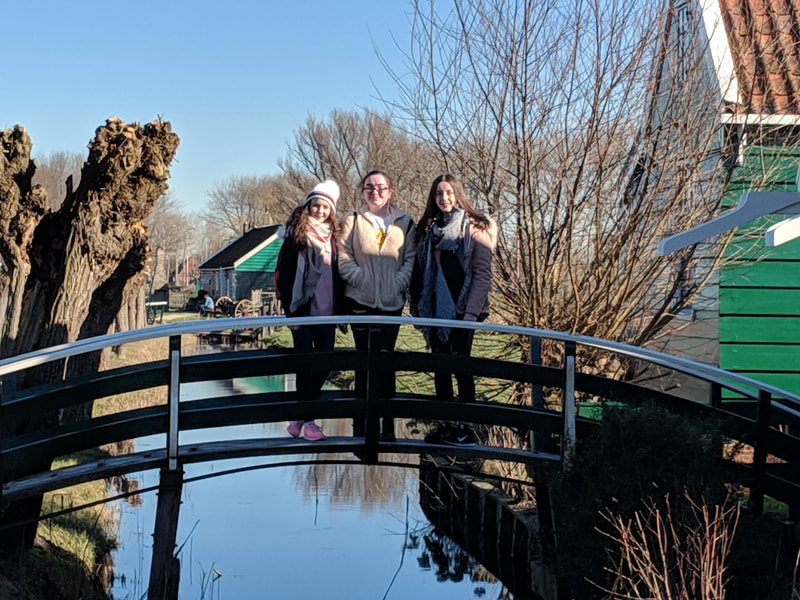 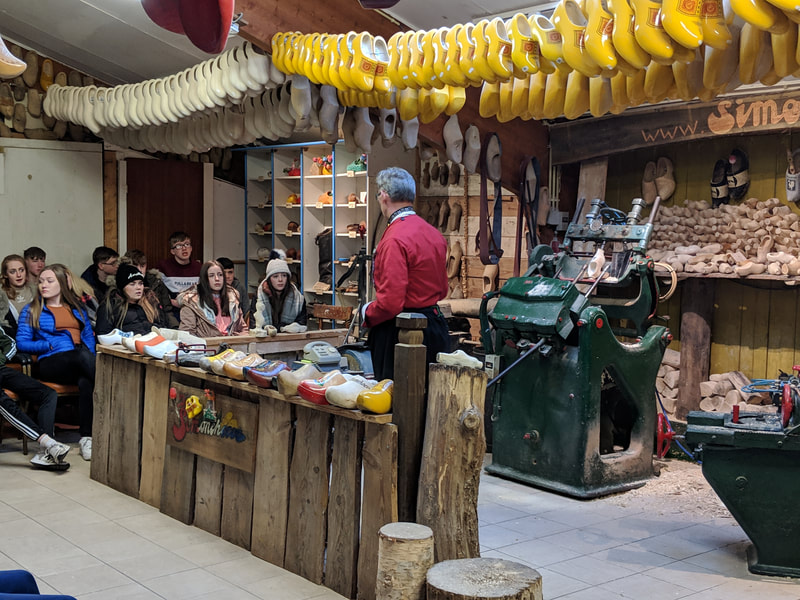 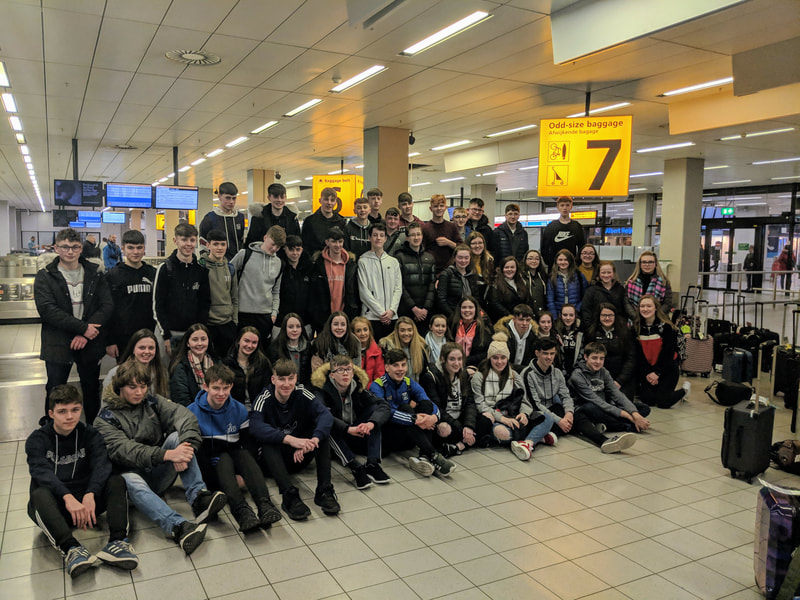 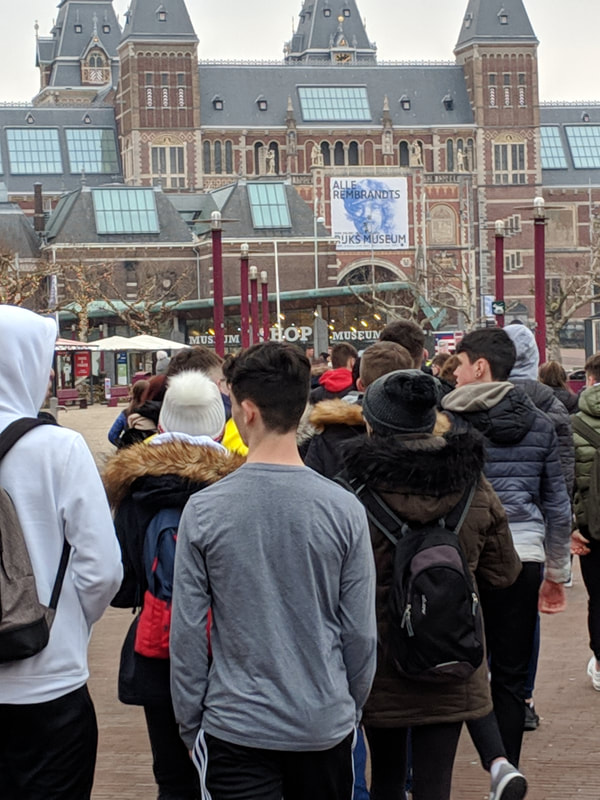 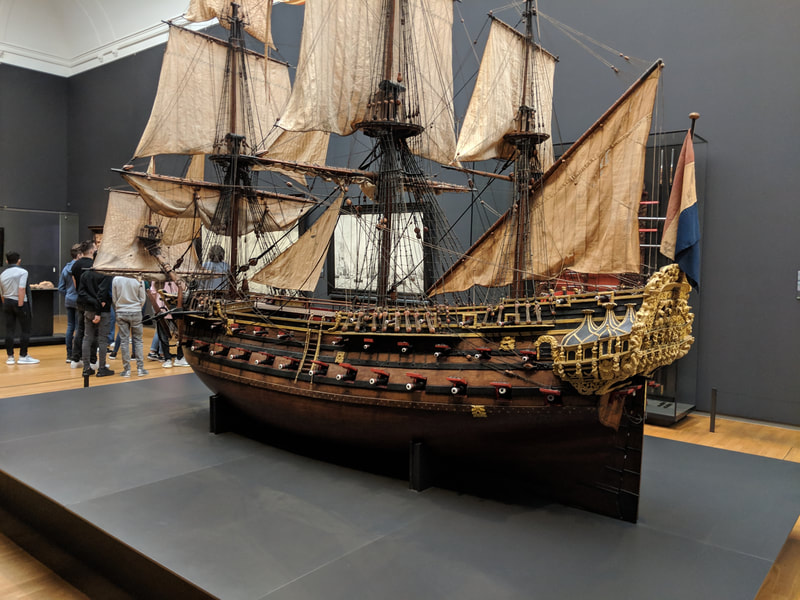 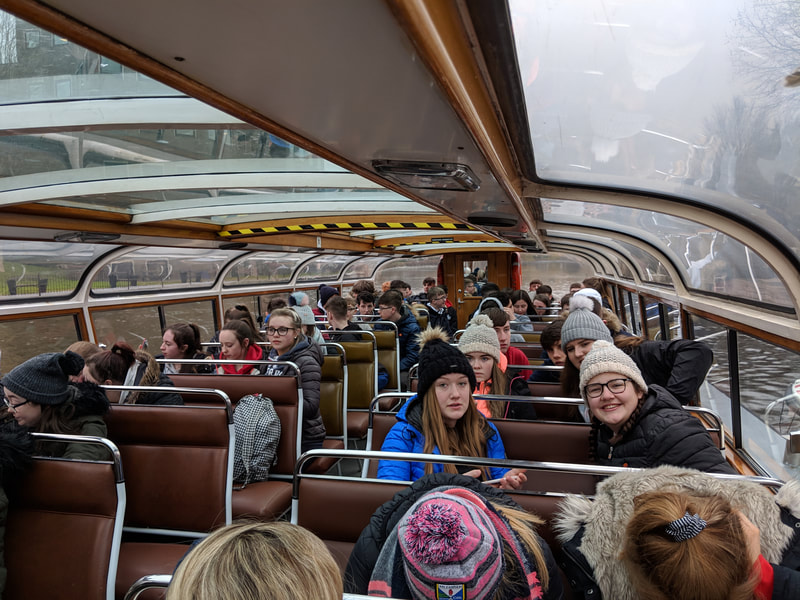 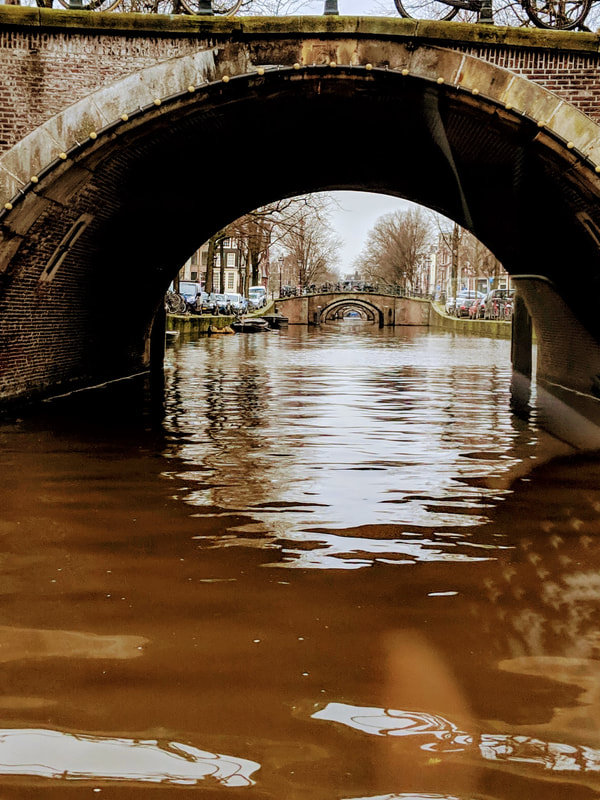 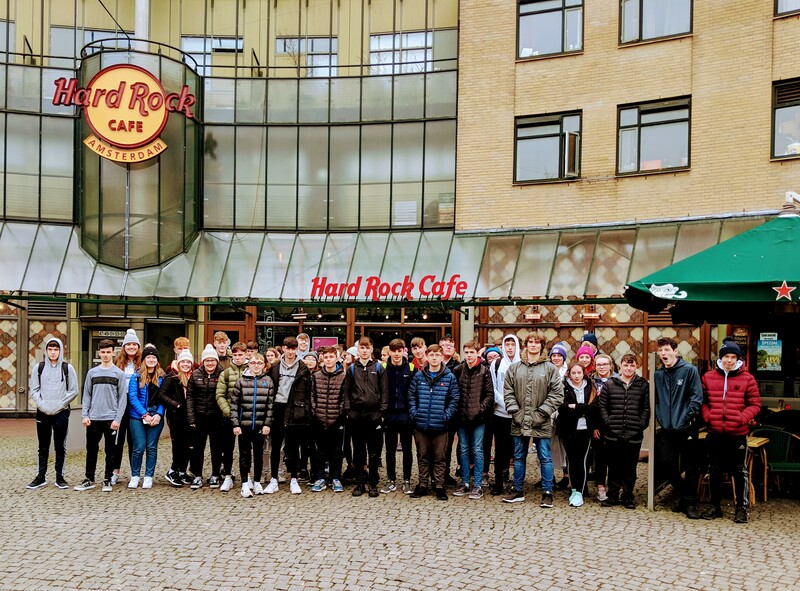 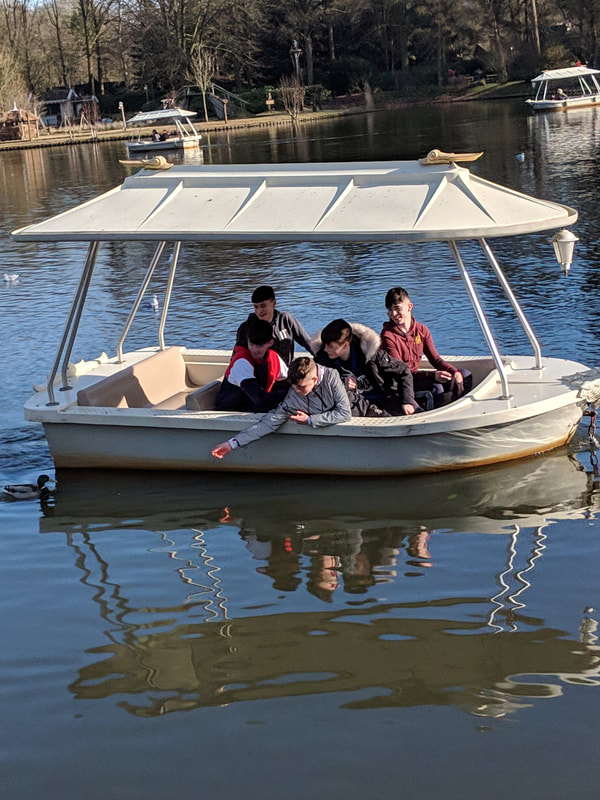 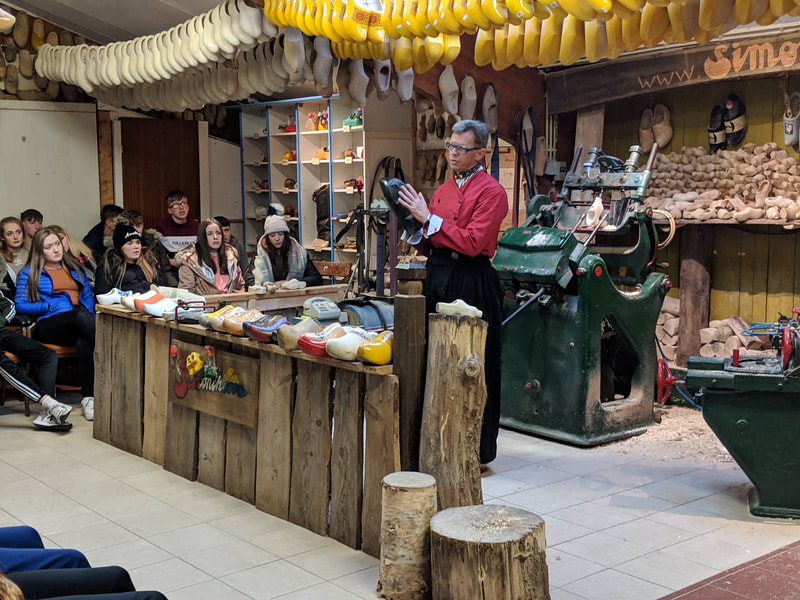